The Essentials of Throwing a Baby Shower

Baby showers are a unique way for a couple to celebrate the future birth of their baby or even the actual birth. It’s a way of sharing the joy of a new member joining the family.  Most families tend to assume that planning a baby shower is something that you can do overnight, but, there’s more to it than you imagine. To guide you through the planning process, we have prepared some tips to ease that burden.

Can anyone throw a baby shower?

There’s this perception that most people have; throwing a baby shower creates the impression that your family is asking for gifts. However, a baby shower wouldn’t be complete without gifts being offered since it’s a celebration. This should not deter your plans to throw a party if at all it feels right.

Which is the best time to hold a baby shower?

Most mums–to-be prefer throwing a shower in the late months of their pregnancy, but, throwing it after conception is also fine. At such a time, the mum-to-be is almost certain that everything is going on well; the photo shoot is better when she is displaying her big belly. Before you set the date, make sure you inform your guests via invitations such as GIF animated invitations from PHILDORA, the design itself will blow them away as they anticipate the event. In case of any prior commitments, the guests will also have enough time to inform you.

What kind of invitation should you send?

Thanks to innovation, people no longer have to depend on the traditional invitations which have to be printed and sent via mail. The PHILDORA mobile app makes the invitation process fun, since you can create GIF animated templates and invite guests directly from the app. Modern electronic methods such as PHILDORA mobile app makes inviting guests more convenient and feedback can be received immediately.

What activities should you engage in at the baby shower?

What should be your budget?

For people who have a big comfy house, it’s cheaper and more convenient to plan the party in your own home since you don’t incur the cost of hiring a place. In case the budget is too high for you, ask your guest to chip in. These are some of the factors you should consider:

PHILDORA is a mobile app that allows you to create and send awesome GIF animated invitations in less than a minute! Download the App for FREE on Apple App Store and Google Play Store 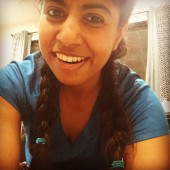